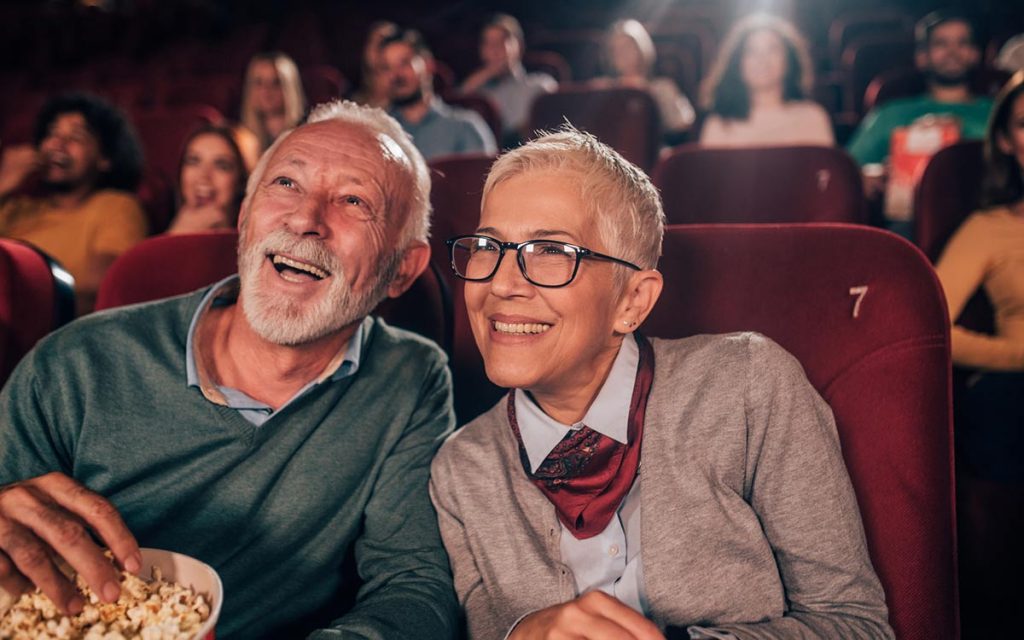 When people talk about going to “the theater,” they don’t mean the movies. They mean the theater, where you can see a play performed by actors on a stage–in the same room as you. There’s a communal quality to watching this kind of drama; but that’s a social bond you might miss out on if you’re hearing-impaired or deaf.

At least, that was the case until the People’s Light Theater in Philadelphia introduced a new, wearable technology designed to make the theater more accessible. Using this device, those with hearing impairments can watch a play just like anyone else.

In the past, a trip to the theater would require good seats–especially if you were dealing with any kind of hearing loss. Being close to the actors (and, thus, to the voices) was the only way that some audience members with hearing impairments could follow the story.

There have been some moves towards greater accessibility over the years. But each of these technologies has come with a drawback:

While these moves towards accessibility have certainly been welcome, none of them have been entirely and totally successful at integrating hard of hearing audience members into the drama.

Put on Your Theater Glasses

This new device aims to change all of that. Remember Google Glass, the eye-glass looking device introduced by the search engine giant that was supposed to change the way we experience social media? (It fizzled, so if you don’t remember it, you aren’t alone.) Anyway, these new devices are kind of like that.

Here’s how they work: When you arrive at the theater, you are provided with a pair of these special, high-tech glasses. Instead of lenses, you look through two transparent screens. As you watch the play, the glasses will show you subtitles in time with the actors’ dialogue.

So you’ll be able to watch the play and follow along with the dialogue all at the same time. You’ll laugh at quippy dialogue, gasp when the plot takes a shocking turn, shed a tear during a character’s touching confession. And you’ll do all that at the same time as everyone else. You won’t have to look back and forth from a subtitle screen to the actors (and back again).

For fans of theater, that feeling of immersion is incredibly important. Drama has a unique ability to connect with us on a very human wavelength–but when things get in the way of that connection, just about any story can fall flat (and that can be heartbreaking for theater fans).

These new glasses aren’t cheap–the technology involved is complex and the software is custom, so each pair runs about $1200–but it’s been remarkably effective at removing impediments to that sense of immersion in the story. Audience members who are wearing these glasses can feel more involved in the play without also feeling singled out because of their hearing impairments.

The units available at People’s Light Theater were made possible due to a donation from the John S. and James L. Knight Foundation. In theory, other theaters will be able to provide this same technology when given access to similar generous grants.

The Future of Theater

And that’s just the beginning. These glasses have a ton of promise. For people with hearing loss or hearing impairments–or even deafness–these new glasses are going to open up a whole world of possibilities.