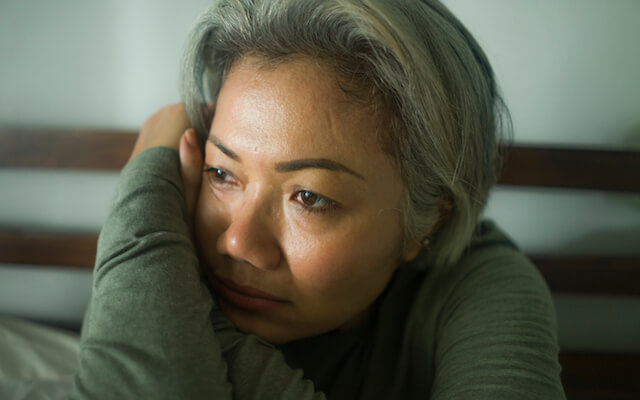 It’s no secret that your senses wane as you age. Sensory loss is different in theory than it is in practice, however. Let’s think about it: your eyesight gets a little fuzzier in later years, so you don’t feel comfortable driving at night. At the same time, your hearing slowly diminishes, and certain words become challenging to comprehend – meaning noisy bars and restaurants are no longer your cup of tea.

There’s a temptation to view this behavioral change as trivial. You see your friends less often, but that’s not a big deal, is it?

Sensory loss – and its resultant isolation – are strongly linked to serious mental health issues, including depression and anxiety. These negative emotions have a powerful impact on your lifestyle and overall health.

A recent study published in Frontiers in Psychology tracked a group of people experiencing dual sensory loss: vision and hearing. Individuals experiencing hearing loss were linked to depression twice as often as those in the control group.

Individuals who experienced both vision and hearing loss experienced depression at rates more than three times higher than the control group. Researchers measured anxiety among participants and found similar results.

The study concluded sensory loss was strongly linked to depression – double sensory loss, especially so. This new research was among the first studies of its kind, but it’s not the first time sensory loss and mental health impacts have been linked. Indeed, in that regard, this research adds to a mountain of data linking hearing loss with cognitive decline, which increases the risk of both depression and dementia.

Cause and effect remain unclear

It’s important to point out this study, and other hearing loss/mental health studies have provided compelling evidence of links. But that’s not the same as proving a cause-and-effect relationship.

In other words, even if hearing loss and depression occur in sequence, it’s not clear why one caused the other or that a direct relationship even exists. Let’s go back to our example to illustrate.

There are two possibilities:

It is difficult for scientists to test for a specific cause-and-effect relationship in this instance because the effects are so muddled. It’s even likely that both potential causes conspire to create a vicious cycle that strongly contributes to depression. There may also be other factors that remain undiscovered.

Contrary to popular belief (and the assumption underlying our example), it’s not inevitable that your senses will fade as you age. That’s especially true regarding your hearing. Your hearing may not be as spry as it once was, but you’re not necessarily destined to go deaf. If you take care of your hearing, you may be able to maintain it for a long time.

How do you do that? Try these simple recommendations:

It’s not just your hearing you’ll be protecting. It’s also your mental health. The better your hearing remains (and a hearing aid will help), the more likely you are to avoid social isolation. You’ll go out more often and frequently see your friends.

You just might avoid depression by staving off sensory loss. That’s worth celebrating. You may even feel like going out to celebrate.