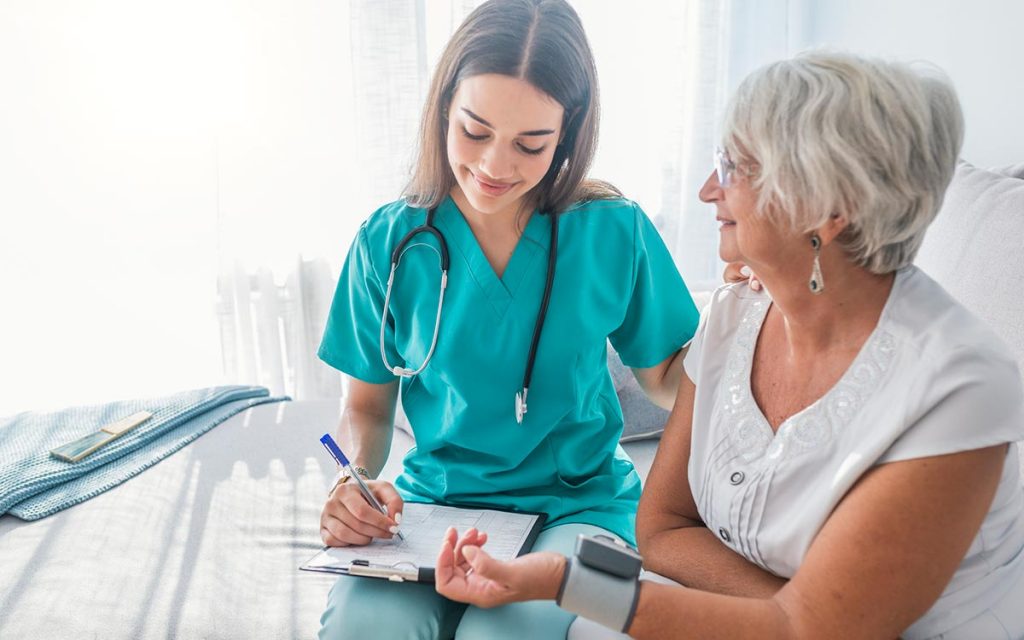 Aging is one of the most common indicators of hearing loss–and let’s face it, try as we might, we can’t escape aging. Sure, coloring your hair might make you look younger, but it doesn’t actually change your age. But did you know that hearing loss has also been linked to health problems associated with aging that are treatable, and in some cases, preventable? Here’s a look at a few examples–#2 might surprise you.

A widely-cited 2008 study that looked at over 5,000 American adults found that people who had been diagnosed with diabetes were twice as likely to suffer mild or greater hearing loss when tested with low- or mid-frequency sounds. (Impairment was also more likely with high-frequency sounds, but not as severe.) The researchers also found that subjects who were prediabetic–in other words, those with blood sugar levels that are elevated but not high enough to be diagnosed as diabetes–were 30 percent more likely to have hearing loss than those with normal blood sugar. A more recent 2013 meta-study (yup, a study of studies) found that the link between diabetes and hearing loss was consistent, even when controlling for other variables.

So it’s pretty established that diabetes is linked to an increased risk of hearing loss. But why would diabetes put you at a higher risk of suffering from hearing loss? Science is at a bit of a loss here. Diabetes is linked to a wide range of health issues, and in particular, can cause physical damage to the eyes, kidneys, and extremities. One theory is that the condition might impact the ears in a similar way, damaging blood vessels in the inner ear. But it could also be related to overall health management. A 2015 study that looked at U.S. military veterans underscored the link between hearing loss and diabetes, but in particular, it found that those with uncontrolled diabetes–in other words, people who are not managing their blood sugar or otherwise treating the disease–suffered worse outcomes. If you are concerned that you may be prediabetic or have undiagnosed diabetes, it’s important to speak to a doctor and get your blood sugar tested. By the same token, if you have trouble hearing, it’s a good idea to reach out to a hearing specialist.

OK, this is not exactly a health condition since we aren’t talking about vertigo, but experiencing a bad fall can start a cascade of health problems. And while you might not think your hearing would impact your likelihood of tripping or slipping, a 2012 study found a substantial link between hearing loss and the risk of falling. Looking at a sample of over 2,000 adults ages 40 to 69, researchers found that for every 10 dB increase in hearing loss (for reference, normal breathing is about 10 dB), the risk of falling increased 1.4X. This link held up even for those with mild hearing loss: Those with 25 dB hearing loss were 3 times as likely as those with normal hearing to have fallen within the previous 12 months.

Why would having trouble hearing make you fall? Though our ears play an important role in helping us balance, there are other reasons why hearing loss could get you down (in this case, very literally). Though this study didn’t delve into what had caused the subjects’ falls, the authors speculated that having trouble hearing what’s around you (and missing an important sound like a car honking) could be one issue. But it could also go the other way–if difficulty hearing means you’re paying more attention to sounds than to your surroundings, it could be easy to trip and fall. The good news here is that treating hearing loss could potentially reduce your risk of suffering a fall.

Your ears aren’t part of your circulatory system, but they’re darn close to it: In addition to the many tiny blood vessels inside your ear, two of the body’s main arteries run right by it. This is one reason why people with high blood pressure often suffer from tinnitus–the pulsing they’re hearing is actually their own blood pumping. (That’s why this kind of tinnitus is called pulsatile tinnitus; you hear your pulse.) But high blood pressure could also potentially cause physical damage to your ears–that’s the main theory behind why it would accelerate hearing loss. If your heart is pumping harder, there’s more force behind each beat. That could potentially damage the smaller blood arteries in your ears. High blood pressure is manageable through both lifestyle changes and medical interventions. But if you think you’re experiencing hearing loss–even if you think you’re too young for the age-related stuff–it’s a good move to speak with a hearing specialist.

Hearing loss may put you at higher risk for dementia. A 2013 study from Johns Hopkins University that followed almost 2,000 septuagenarians over the course of six years found that the risk of cognitive impairment increased by 24% with just mild hearing loss (about 25 dB, or slightly louder than a whisper). A 2011 study by the same researchers–which followed subjects over more than a decade–found that the worse a subject’s hearing was, the more likely that he or she would develop dementia. (They also found a similar link to Alzheimer’s Disease, albeit a less statistically significant one.) Based on these findings, moderate hearing loss puts you at 3X the risk of someone without hearing loss; severe hearing loss nearly quintuples one’s risk.

It’s scary stuff, but it’s important to note that while the link between hearing loss and cognitive decline has been well documented, scientists have been less successful at sussing out why the two are so strongly linked. A common theory is that having trouble hearing can cause people to avoid social situations and that social withdrawal–and lack of mental stimulation–can be debilitating. Another theory is that hearing loss overloads your brain. In other words, because your brain is putting so much energy into understanding the sounds around you, you might not have much juice left for remembering things like where you left your keys. Maintaining social ties and doing crosswords or “brain games” could help here, but so can treating hearing loss. If you’re able to hear clearly, social situations are easier to handle, and you’ll be able to focus on the important stuff instead of trying to figure out what someone just said.