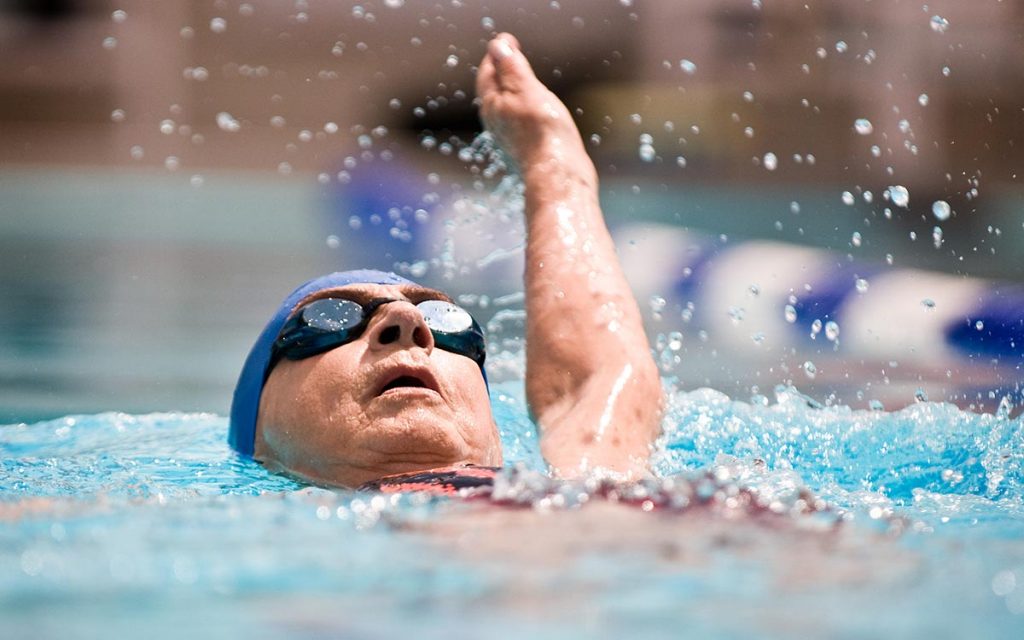 For a certain generation, there’s nothing more terrifying about open water than sharks–big, Great White, “we’re going to need a bigger boat” kind of sharks. If you saw the movie Jaws as a kid, it’s entirely possible that swimming just wasn’t for you. Of course, the chances that you’ll encounter a monster shark are relatively low. But there are other dangers lurking in the water.

One of the most common water-related threats is also very simple: it’s a condition called “swimmer’s ear.” And while permanent damage from swimmer’s ear is rare, it can be incredibly painful, resulting in some excruciating swelling in your ear canal–swelling that can also limit and impact your sense of hearing. Swimmer’s ear is, curiously, both quite common and largely preventable.

You just have to be aware enough of the dangers to take appropriate action.

What Is Swimmer’s Ear?

Swimmer’s ear is a specific type of ear infection that develops in your outer ear canal. Here’s how it happens: you go swimming at your favorite lake. As with any natural body of water, there’s plenty of bacteria in the lake–it’s just part of nature, and usually, it’s just fine (and that’s true whether the water is clear or murky; bacteria are invisible).

In some cases, though, water either gets trapped in your ears or it doesn’t drain completely.

This cool, wet, darkness of your outer ear canal gives the lake bacteria–or any bacteria, really–the perfect environment in which to grow and multiply very, very quickly. As the bacteria multiply (and as your immune system rallies a response), the ear canal begins to itch and swell. And because the ear canal itself is rather snug and efficient, there’s not a whole lot of space for that swelling to go.

This can lead to:

Can Swimmer’s Ear Be Treated?

One common early symptom is hearing loss (or diminished hearing), so–as always–it’s a good idea to see a specialist or a professional if you notice any changes to your hearing. In this case, early treatment can help head off some of the most unpleasant symptoms.

Can Swimmer’s Ear Be Prevented?

Here are a few strategies you can use to reduce the likelihood of getting swimmer’s ear:

Are Your Ears Burning?

Taking these steps can help prevent swimmer’s ear often–but not all the time. Swimmer’s itch itself can be painful, but not serious. Many people will cause secondary damage to their ears by attempting to itch the inside of the ear canal.

Sticking anything inside your ears to scratch that itch is a monumentally bad idea. Instead, put the cotton swab down, and make an appointment to see a doctor. There are plenty of ways to protect your ears from the discomfort of swimmer’s itch–the trick is to make sure you’re treating the bacterial infection and not damaging your ears.