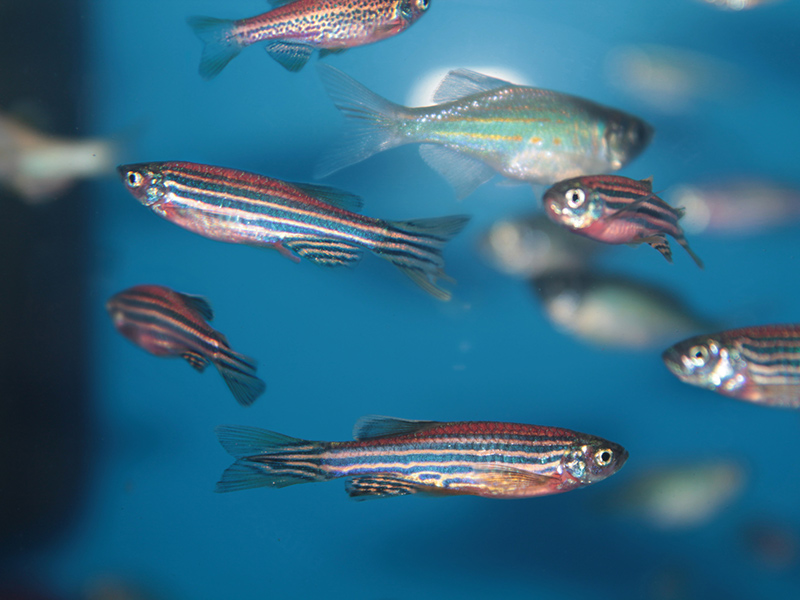 We may not think humans and fish have much in common. One species is highly developed, able to reason, conceptualize and think critically. The other is destined to a short life swimming through streams focused solely on survival.

However, by looking closely at the evolution of Zebrafish, researchers have been able to make stunning conclusions that could impact the way we understand and treat hearing loss in people.

When looking at zebrafish, scientists have discovered that there is a connection between the jaw formations in these ancient fish and several hearing defects in humans. By studying the way fish jaws developed over time, scientists know that the fish jaw led to the way the inner ear was created. There are three small bones that exist in the portion of the middle ear. These bones are called the incus, the malleus, and the stapes. The three bones combine to transmit sound vibrations which are interpreted as sound. Scientists have made the connection that genetic changes caused jaw malformation. The scientists wondered if the same genetic mutations that caused jaw malformations would cause hearing defects in mice and people.

For the trial, scientist were able to narrow their focus on two genes, known as JAG1 and NTOCH2. To do this, they examined patients that suffer from Alagille Syndrome, also known as AGS. In this disease, almost half of all the patients experience some sort of hearing loss. While modern medicine has known that some of this hearing loss is attributed to deficits experienced in the cells that make up the inner ear, the scientist were curious about the extent of conductive hearing loss. In this type of hearing loss the main cause of hearing impairment is a result of the structural components of the middle ear. The same middle ear components that were developed through evolving zebrafish jaws.

By isolating the genetic mutation that caused the jaw malformations in the fish, scientists were able to create the same mutations in mice to examine how the incus and stapes bones in the inner ear related to hearing loss. The mice experienced the correlating hearing loss confirming their suspicions. To make the final connection to humans, researchers gathered 44 patients in 2011 and 2014 to determine if the hearing loss they experienced was in fact conductive. As predicted, nearly one third of the 44 patients examined experienced hearing loss that was conductive, which is exactly what the experiment with mice had predicted. Further, the scientists found through CT scans of the patients that there was a wide range of structural changes within the inner ear. Of the 44 people examined, only one patient actually experienced changes in the stapes which attributed to the conductive loss of hearing.

The hope moving forward is that people who suffer from AGS will have a better understand of the syndrome. Because the majority of hearing loss is conductive there is hope for people to experience better quality of life through hearing aids. The sooner people understand the cause, and potential remedy, for their hearing loss the sooner they will be able to seek help. It is the hope of the researchers that their findings will lead people to seek the help of an audiologist to find solutions to their conductive hearing loss.