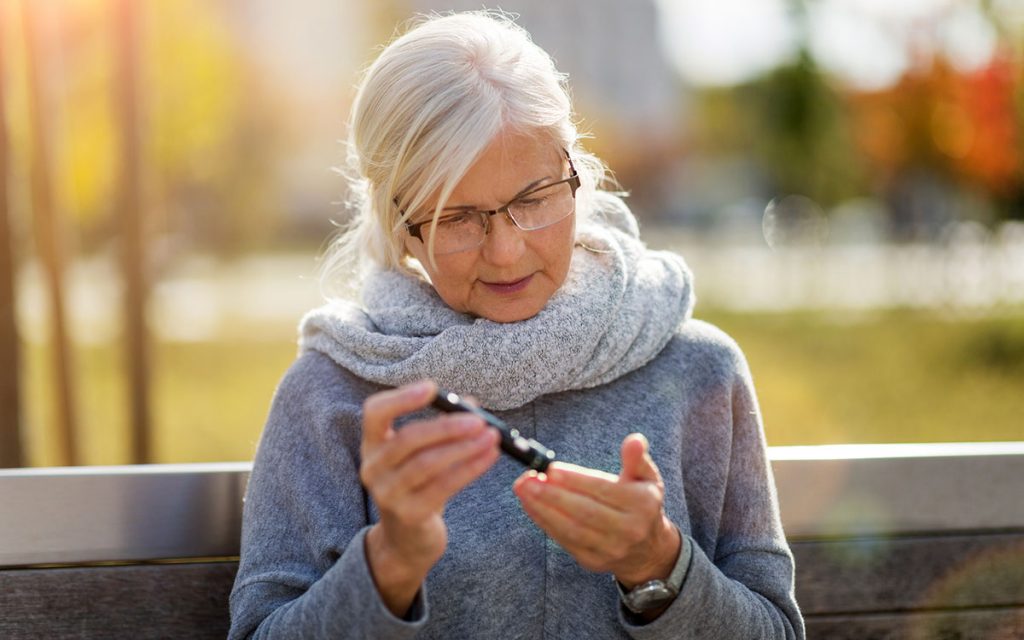 Hearing loss can sneak up on you, it’s true. But sometimes hearing problems bypass the sneaking altogether, in favor of a sudden (and often alarming), cat-like pounce. It could happen like this: you wake up, drag yourself out of bed, and maybe you don’t notice until you get out of the shower but your hearing feels…off, or different. Muffled, maybe.

At first, you chalk it up to water in your ears, but when your hearing doesn’t get any better as the day progresses, you get a little more concerned.

It’s these moments when hearing loss seems to strike suddenly, as if from the shadows somewhere, that it’s a good idea to seek out some medical attention. That’s because sudden hearing loss can often be a symptom of a larger problem. Sometimes that larger problem can be an obstruction in your ear. Sometimes it’s just a bit of earwax.

And sometimes that sudden hearing loss can be related to diabetes.

You’d be forgiven for not immediately seeing the connections between hearing loss and diabetes. Your ears and your pancreas seem very far apart, distance-wise.

Type 2 diabetes is a condition in which your body has trouble breaking down sugars into energy. This happens because your body either isn’t producing enough insulin or it’s not reacting to the insulin that you do make. (That’s why treatments for diabetes usually involve injections or infusions of insulin.)

What Does Diabetes Have to Do With Your Hearing?

Diabetes is a common, sometimes degenerative (and complicated), condition. It needs to be managed carefully, usually with the help of your doctor. But what does that have to do with your hearing?

Well, it turns out that sudden hearing loss can often be a sign that you’re developing type 2 diabetes. The connection lies in the ability of diabetes to cause collateral damage–most often to nerves and blood vessels around the extremities. Tiny hairs in your ears (called stereocilia and responsible for your ability to hear) are especially sensitive to exactly those changes. So you may experience sudden hearing loss even before other, more traditional symptoms of diabetes kick in (numb toes, for example).

What Should I Do?

If you’re in this situation, and your hearing has suddenly started acting up, you’ll definitely want to get looked over by a medical professional. Diabetes, for example, will often be entirely symptomless as first, so you may not even know you have it until you start to see some of these red flags.

As is the case with most types of hearing loss, the sooner you seek out treatment, the more options you’ll have. But it’s not just diabetes you need to be watchful for. Sudden hearing loss could be caused by:

Without a proper medical diagnosis, it can be difficult to figure out what’s causing your sudden hearing loss and how to treat the underlying symptoms.

The good news here is that, whether your sudden hearing loss is caused by diabetes or infection (or any of these other issues), effective treatment of the underlying cause will often return your hearing back to normal levels if you catch it early. Once the obstruction is removed or, in the case of diabetes, once blood circulation problems have been addressed, your hearing will likely return to normal if you addressed it promptly.

But that really does rely on prompt and effective treatment. There are some conditions that can cause irreversible harm if they go untreated (diabetes is, again, one of those conditions). So it’s vital that you seek out medical treatment as quickly as possible.

Keep An Eye On Your Ears

Sudden hearing loss can sneak up on you, but it might be easier to detect–and you might catch it sooner–if you undergo regular hearing screenings. These screenings can usually detect specific hearing problems before they become noticeable to you.

Hearing loss and diabetes have one other thing in common: the sooner you get treatment, the better.