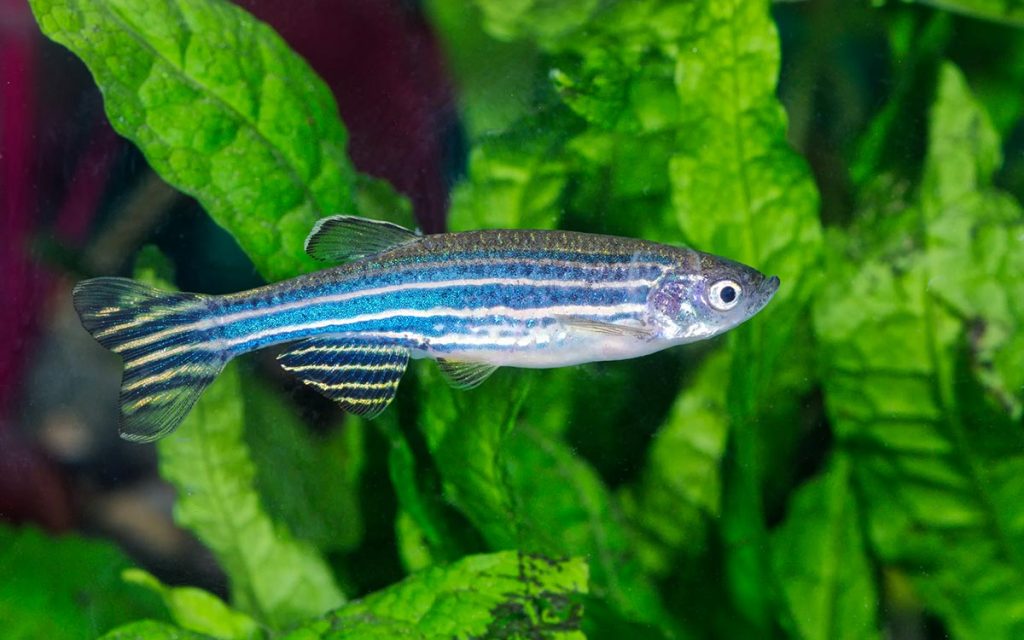 Though hearing loss is most often caused by age, noise exposure, or a combination of the two, it can also be hereditary. Now that we’ve come to understand much more about the human genome, scientists are able to get closer to understanding the mechanics of genetic disorders–and in some cases, how to stop them. A 2019 study by research physicians at Case Western Reserve discovered that an anti-malarial drug could potentially help prevent some types of hereditary hearing loss. How on earth did they manage to make that connection? Believe it or not, it involves a fish. (And yes, fish have ears!)

The researchers worked with zebrafish, which you might recognize from your local pet shop or even your own fish tank. These minnow-like fellows look kinda like guppies or tetras, but at a genetic level, they’re surprisingly similar to us–yes, “us” as in humans. Zebrafish are one of a few “model organisms” (yeast, fruit flies, bees, and mice are other examples) that are widely used in scientific research to better understand health, disease, and genetics.

It may sound crazy, but it’s true: Genetically, zebrafish are nearly identical to humans. This is especially true for genes related to hearing. But it’s much easier to study zebrafish than people: When these fish are in their larval stage, they’re almost transparent–under a microscope, it’s easy to view their inner ears’ cells. In the case of this research, it also made it easy to visually track a protein that had been made fluorescent.

Okay, but how do you test a fish’s hearing? Mostly, you don’t. Instead, you observe one of the primary functions of fishes’ ears: Helping them swim. (Yes, you read that right.) Like human ears, fishes’ ears help them balance. They also keep them aware of water movements, whether from a current or another fish. Like us, zebrafish have inner ears that are lined with tiny, hair-like cells. These cells convert vibrations (whether sound waves or, in the case of fish, wave waves!) into electrical signals that the brain then interprets.

To better understand how this works–and how to fix the problem–the scientists genetically engineered zebrafish who didn’t just have similar proteins to humans. They actually gave the fish the same proteins, which were made fluorescent to allow the researchers to track their location. The color enabled them to actually see where the normal version of the protein went, as well as where (and how) the mutated version of the protein got stuck. This also allowed the researchers to see ways to fix the problem.

To put it in very non-technical terms (and possibly risk a flying fish metaphor!), it’s as if the proteins are all trying to get through airport security at once, and only a few lanes are open. The scientists needed to come up with, in essence, ways to open more lanes–or even direct a whole bunch of the cells to a different checkpoint. They tested two drugs that seemed like potential winners: Thapsigargin, which is a cancer drug, and artemisinin, an antimalarial. Both were beneficial, but the antimalarial was more effective. It not only helped the protein get where it needed to go; fish with the mutated gene who were treated with the drug were also better swimmers.

Though it’s still a long way from a little zebrafish to an actual person, this study offers some good news for people who are impacted by hereditary hearing loss, particularly those with Usher syndrome. And by helping the researchers see how this protein functions when all goes according to plan, it also increases our broader understanding of how hearing works at a cellular level. It just goes to show that sometimes, surprising combinations–like a common aquarium fish and an antimalarial drug–can yield amazing advances.