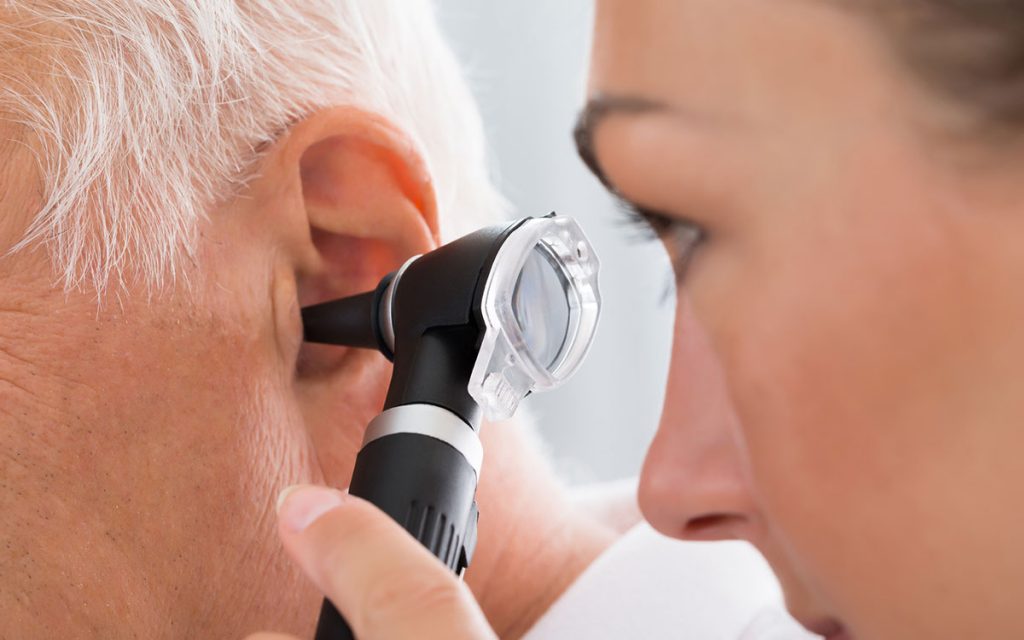 Irrigation is a term most commonly conjures images of vast farmland or ancient Roman aqueducts. So when you start talking about the irrigation of your ears, some pretty funny pictures can pop into your head. But, no, we aren’t talking about planting crops in your ear canals.

Ear irrigation refers to a process of keeping your ears clean and hygienic, especially as it applies to earwax. Because earwax can be a problem, especially when it builds up and gets compacted. Once excess earwax is compacted, it can be difficult to remove.

That’s where cleaning your ears comes in.

What Is Ear Irrigation?

When your ears become clogged with earwax–or your earwax becomes so densely packed as to be semi-permanent–fluid can be a great way to clean things out. Earwax irrigation involves moving fluid into (and out of) your ears as a way of breaking down and removing earwax.

Usually, this is accomplished with a specific kind of syringe; a doctor (or, if you’re using a home kit, a trusted family member) will inject the fluid into the ear canal and then let it drain out. The fluid will help soften the earwax and the pressure from the “irrigation” will dismantle the buildup.

The drainage fluid will probably contain many bits of earwax, so, uh, have a towel handy! We should point out that when we say the word “syringe,” we do not mean “needle”–as a general rule, you should keep sharp things away from the insides of your ear. Depending on your unique situation, it may take several attempts to clean out your ears.

This technique isn’t for everyone. If you’ve recently had ear surgery or problems with your eardrums, for example, you’ll likely want to avoid this approach.

Generally speaking, yes, ear irrigation is relatively safe–so long as you follow all of the instructions as written. You don’t want to improvise when you’re sticking syringes in your ears.

Some basic safety tips for ear irrigation include:

What Are the Risks and Benefits of Ear Irrigation?

Just because ear irrigation is relatively safe doesn’t necessarily mean that it’s universally the best option. (Remember when Netti Pots were all the rage?) Ear irrigation might be a good option if you have a significant buildup of earwax because that earwax can cause all sorts of issues (dizziness, infection, irritation, pain, and discomfort… you get the idea).

Accurately weighing the risks and benefits of ear irrigation is essential when you’re trying to figure out whether this type of ear cleaning is right for you. Potential side effects (we put these in the “risk” category) of ear irrigation include dizziness, eardrum perforation, damage to the middle ear, and infections (commonly, “swimmer’s ear”).

On the other hand, the benefits of ear irrigation can include:

Many of those benefits can also be achieved using other ear-cleaning methods.

Be Careful and Thoughtful With Your Ears

While scientists have grown human ears on mice, you (typically) only get the ears you’re born with. This means that it’s prudent to take care of your ears–and your hearing. Be thoughtful about the way you clean your ears (generally, this means avoiding cotton swabs).

Ear irrigation is safe (usually), but that doesn’t mean this cleaning style a universal solution. If it’s a method that works well for you, great, but don’t be afraid to try other options if ear irrigation is falling short.
You’ll also want to talk to a hearing specialist about the best ways to preserve and protect your hearing in the long run–including the best ear hygiene methods to use for your ears.