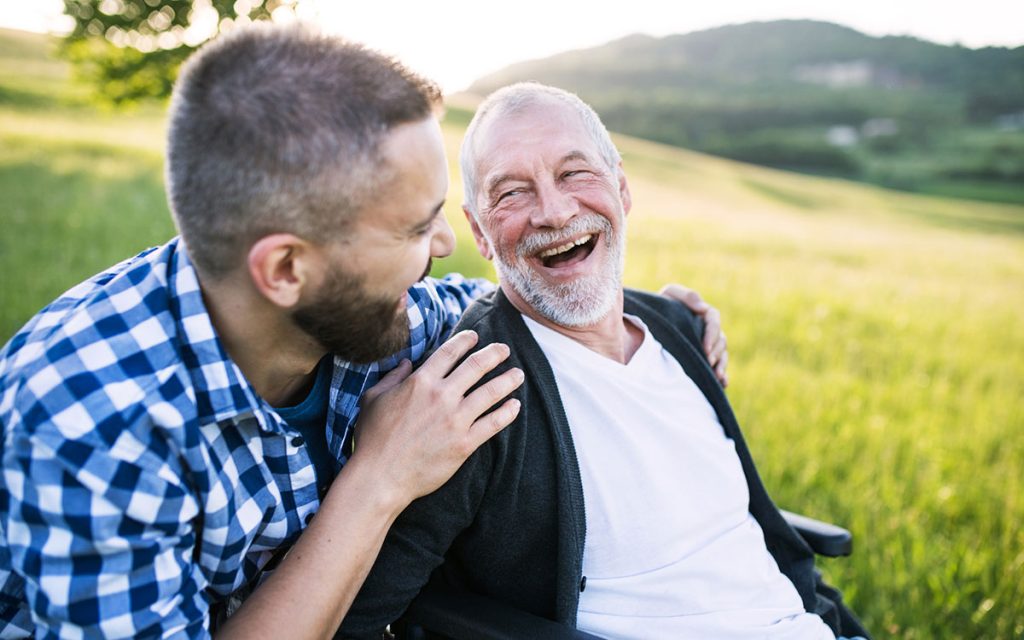 John is still young at heart. And, he thinks, too young for hearing aids. So he (unwisely) avoided finding a hearing specialist, avoided the hearing checks ups, avoided turning his car stereo down. And he’s damaging his hearing in the meantime. Unfortunately for John, his perception of a stigma around hearing loss has prevented him from seeking out effective treatments.

Thankfully, John’s situation (and unsound decision-making) is becoming less common. In some circles, there’s still a stigma surrounding hearing loss, but it’s waning, especially among younger generations. (The irony of that is not lost on us).

What Does Hearing Loss Stigma Mean?

Put simply, hearing loss has some social and cultural associations that aren’t always necessarily true or helpful. For some, hearing loss is considered a sign of aging or a loss of vitality. These people fear they’ll lose social cache if they admit to hearing loss or get hearing aids.

There are some very real consequences for individuals who are trying to cope with the stigma around hearing loss. Some examples include:

This list could go on for some time, but you probably get the idea.

Thankfully, this is all changing, and it really does feel as though the stigma around hearing loss is on its way out.

There are several major reasons why hearing loss stigma is on the decline. (And, frankly, the sooner the better with that particular exit.) The credit for this stigma’s speedy exit can primarily be attributed to changes in the way we interact with technology combined with demographic transformations in our population.

Maybe the biggest reason that hearing loss stigma is disappearing is that hearing loss itself is becoming more and more common–especially among younger individuals (and we’re speaking largely of young adults–not children).

Most statistical studies put the number of people with hearing loss in the U.S. around 34 million–which translates into 1 in 10 people. There are too many reasons for this for us to get into here (noise from multiple sources seems to be the biggest factor), but the point is that hearing loss is more common now than it ever has been before.

As hearing loss becomes more common, it becomes easier to break down the stigmas and misinformation surrounding hearing conditions.

Maybe you resisted your first pair of hearing aids because you were concerned they would be an obvious indication that you have a hearing condition. But these days, technology is so pervasive that hearing aids almost blend entirely in. No one notices them. In part that’s because hearing aids are smaller than ever and in most cases very discreet. There are even models that are designed to look like other types of devices.

Hearing aids also often go unnoticed because these days, everyone has something in their ears. Technology itself is simply so pervasive (and personal) that no one bats an eyelash when you’ve got a tiny piece of helpful technology yourself.

An Overdue Shift in Thinking

Of course, those two reasons are not the exclusive causes behind the retreat of hearing loss stigma. In recent years, hearing loss has been depicted with more accuracy (and more humanity) in popular culture, and several prominent celebrities have come forward with their own hearing loss truths. From pop stars to the Queen of England, we’re seeing more and more people wear hearing aids.

The more we see hearing aids being proudly worn, the less stigma there will be. Now, of course, we want to prevent hearing loss in every way that’s possible. If we could find a way to reverse trends in youth hearing loss as we battle hearing loss stigma that would be ideal.

But at least as the stigma fades, more people will feel comfortable making an appointment with their hearing specialist and undergoing regular screenings. This can help improve overall hearing health and keep everyone hearing better longer.