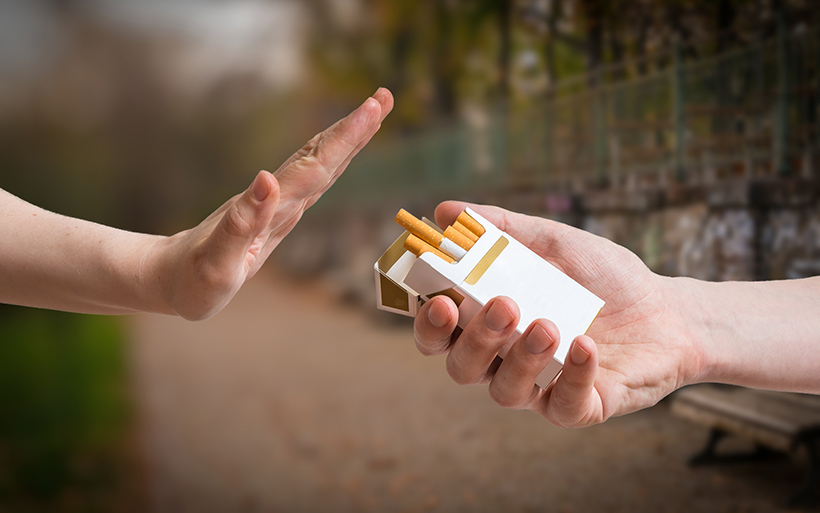 Most people are aware that smoking cigarettes or ingesting second-hand smoke can lead to serious health issues such as COPD, heart attacks, and cancer.

It is essential to know that smoking can also lead to severe and permanent hearing problems, even among those who have never smoked themselves. On top of the cost savings, quitting smoking could also be the pathway toward an improved quality of life through maintaining healthy hearing.

What the Research Tells Us

Several studies have found a link between smoking and hearing loss. Researchers that studied just over 3,750 adults between the ages of 48 and 92 found that smokers had an almost 70% increased chance of hearing loss. This was the case even after the scientists adjusted for other factors that might have affected the study participants’ hearing health.

Another study found a direct connection between hearing loss, smoking, and exposure to loud sounds. It had been known for some time that loud noises could cause hearing loss, and researchers looked even further into whether smoking could exacerbate the problem. Using data from more than 8,500 participants who took a worker’s health examination, researchers found that heavy smokers had an even higher hearing loss problem due to loud sounds than nonsmokers, particularly as it pertained to low-frequency hearing.

In one of the most extensive studies related to smoking and hearing, researchers in the United Kingdom studied 160,000 adults between the ages of 40 and 69. They found that smoking led to a 15 percent higher risk of hearing loss compared to nonsmoking or second-hand smoke, with heavy smokers being the most likely to develop problems. Disturbingly, this research also noted that people who were exposed to second-hand smoke were 28 percent more likely to develop hearing loss than nonsmokers.

Why Smoking Affects Your Hearing

While there’s still room for further research, studies have shown that smoking can increase the chances of problems with the parts of the middle ear that are critical to hearing. Smoking also reduces the amount of oxygen in the blood, which can not only damage your ears but can lead to other health issues. Smoking also constricts blood vessels, which can affect the inner ear’s ability to maintain the tiny hairs that help transmit sound.

Someone who smokes a pack a day at $8 per pack spends close to $3,000 a year on cigarettes. That’s a lot of money, but it’s nothing compared to the loss in quality of life for people with hearing loss due to their smoking.