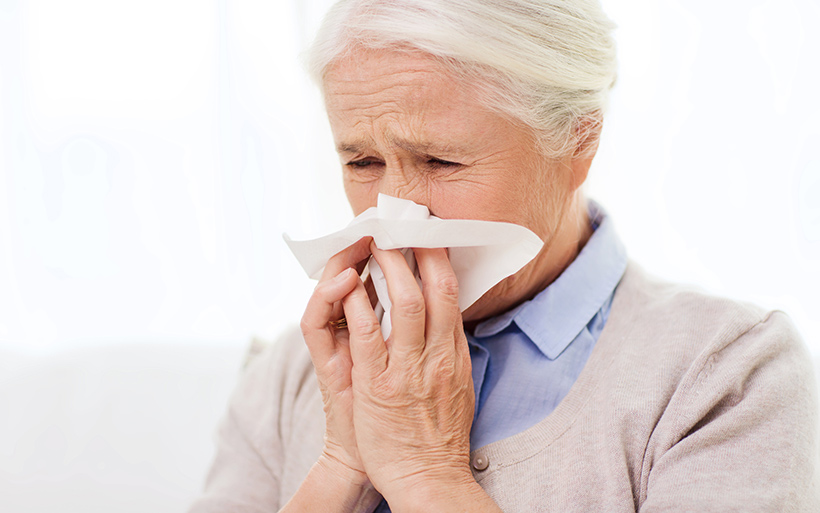 Is it more difficult for you to hear during cold and flu season? There’s a scientific reason for that.

The average person gets two to four colds each year. Young children and older adults may get colds more frequently. Colds can last for days, and even after most symptoms have cleared up, hearing challenges may persist. What causes this?

Eustachian tubes are passageways between the back of the nose and the middle ears, which are about as thick as the graphite in a pencil.

The eustachian tubes’ purpose is to protect your eardrums and inner ears from damage. They do this in two important ways.

The eustachian tubes drain excess liquid from ear infections and help reduce inflammation in your eardrums. If they didn’t, this liquid would build up and put intense pressure on the eardrum until it bursts.

The eustachian tubes help balance the air pressure in your ears. When you yawn, swallow, or eat, they open briefly to let air escape. If they didn’t, the air pressure would build up and potentially damage your eardrum.

You feel changes in air pressure in your eustachian tubes when you drive into the mountains or fly in a plane.

How pressure affects your ears

If the pressure inside your ear is less than the pressure outside, it creates a vacuum. This vacuum tries to suck the thin membrane of the eardrum toward the inner ear. Even though the eardrum doesn’t burst, this effect is painful and distorts the way we hear sounds. If fluids build up in the ear, the opposite effect occurs – the eardrum is pushed outward, creating similarly distorted hearing.

How a cold affects your ears

When you experience a cold, allergy, or sinus infection, the eustachian tubes become inflamed. The thin width of the tubes closes so no air can get in and no fluid can get out. The fluid buildup causes pain and hearing problems, and things can get worse.

The cold’s effect on the eustachian tubes is typically only temporary. Most people get over a cold in a few days. Allergies and sinus infections, however, can last much longer.

Even though the symptoms may be brief, damage may be done to your ears. The build-up of fluid can cause a secondary infection, which may cause the ear to:

Typically, the eustachian tubes will reopen and your immune system will remove any infection that may have resulted from your cold. If you have a medical condition that requires you to take immunosuppressant drugs, it will affect your body’s natural ability to fight infections.

These medical conditions include:

Additionally, your immune system may be weakened due to:

If your symptoms persist, a professional may recommend:

If you’re experiencing ongoing pain or clogged ears that don’t go away, you should consult a professional as soon as possible.