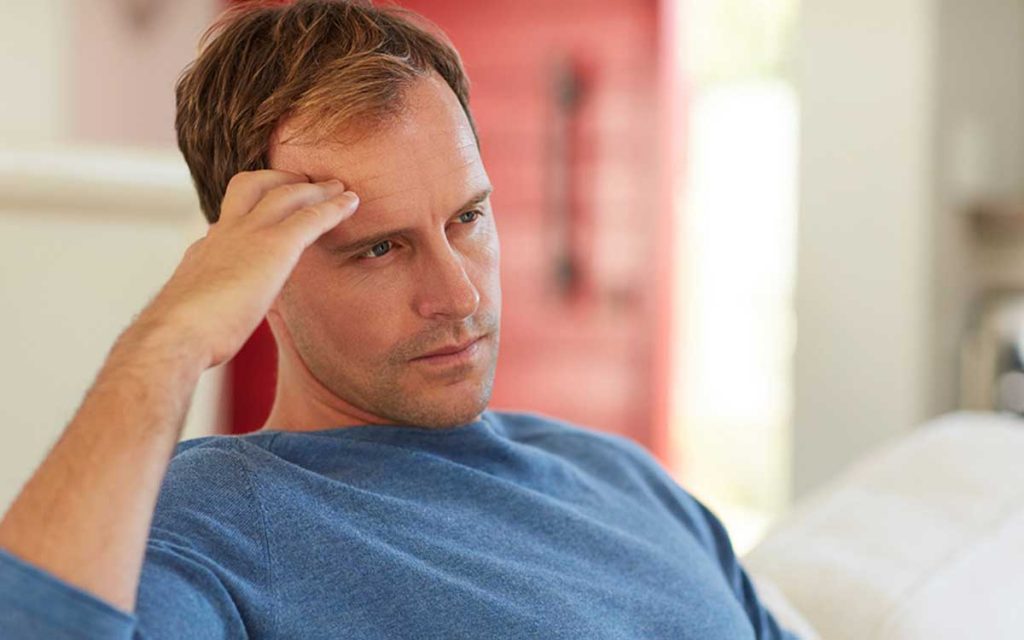 Should you be worried about your hearing? The short answer is: probably.

Your boss made an off-handed comment about how loud your car radio was when you pull into work. Your windows weren’t even open…

You’ve started to notice that your spouse or children mumble a lot. Your sister insists she told you the birthday party started at 7:00. You heard 7:30. You just should have written it down.

People are always commenting about how loud you like the TV or music.

This has been going on for a decade or more. But it’s getting worse lately. Surely it’s not hearing loss. That’s reserved for people 20-30 years older than you.

Have you failed to get a hearing test because you can’t imagine it’s that bad yet? If you’re even asking if you need to worry about hearing loss again, it’s time to get tested. Here’s why!

Hearing Loss Is on the Rise

You probably aren’t the only one on your block watching Netflix with the volume turned up to neighbor-nuisance levels. The World Health Organization has pointed to a significant (and too often ignored) rise in hearing loss across the globe. According to WHO, hearing loss is on the rise, especially in younger individuals.

The reasons for this hearing loss rise are complicated, but it basically boils down to this: we live in a noisy world–far noisier than we typically realize. And it’s this constant noise, in large part, that’s responsible for widespread increases in hearing problems.

According to the Centers for Disease Control and Prevention, 1 in 4 adults in the United States is showing signs of noise-induced hearing loss. That’s a staggering number–and one that cuts across almost all demographic groups and ages.

The prevalent idea that aging causes hearing loss is entirely false. Hearing loss is 100% preventable. Numerous studies demonstrate that the primary cause of sensorineural hearing loss, the kind we associate with age, is noise among other factors.

2% of newborns already have less than perfect hearing. By the teen years, this rate jumps to 12%.

Men in their 30’s are 1/3 more likely than women to start having hearing loss. This isn’t because they’re aging faster.

In the 40’s hearing loss balances out again between men and women. Around 31% of people start to lose their hearing at this time.

Only around 13% of people first begin having hearing loss symptoms in their 60’s and 12% in the 70’s. For the vast majority of people, by then, sadly they’ve already been living with hearing loss for years.

What Science Says About the Cause of Hearing Loss

Let’s look at behaviors that increase your risk of getting hearing loss earlier in life.

Some common mid-range loud sounds that can damage with prolonged exposure include:

As few as 15 minutes exposed to certain sounds can cause permanent disabling hearing impairment. Your ears don’t care how old they are. It’s the amount of damage they incurred.

If you work every day exposed to these kinds of sounds, wear ear protection to prevent further damage.

Noise is a huge risk factor, but other behaviors can contribute.

A comprehensive 30-year study found that habitual use of painkillers can increase a man’s risk of hearing loss by as much as 61%. We’re not talking about opiates here. Those do carry hearing loss risks as well. But this study tested more common everyday painkillers like aspirin, ibuprofen, naproxen. You probably know these by their brand names.

Most strikingly, they found that men under 50 were twice as likely to have hearing loss if they used acetaminophen.

The study showed that taking a very low dose regularly is worse than taking a higher dose on occasion. If you have chronic pain, talk to your doctor about better long-term treatment options.

Did you eat your vegetables when you were a kid? You’re less likely to get hearing loss early. A Johns Hopkins study found that malnourished children are twice as likely to develop hearing loss in their 20’s.

Note that even if you weren’t underweight as a child, you could still be malnourished. It’s about how healthy the foods you eat are, not just how much you ate.

Other studies have shown that eating healthy levels of Omega 3 fats, Folate, Vitamin C and Vitamin A throughout your life can reduce your risk of developing hearing loss.

How Exercise and Weight Management Affects Your Hearing

Exercise increases blood flow efficiency. This makes it easier for the body to get nutrients and oxygen where you need it. It keeps blood pressure and diabetes risk low, which the lowers risk of hearing loss.

Another 30-year study of over 60 thousand women looked at the role of exercise in preventing hearing loss.

It found a direct positive correlation between waist size and hearing loss. That means the larger the waist, the more likelihood of having hearing loss. It also found that those who exercised regularly had a reduced chance of hearing loss. Women who did as little as walk 2 hours a week had a 17% reduced risk.

Another study found that obese children are twice as likely to develop single ear hearing loss during childhood.

It’s never too early to get your hearing tested. Find out where you stand. Learn about hearing solutions that will help you stay happier, healthier and more active longer.

Are Earbuds Hurting Your Hearing?

When you add that constant noise to the popularity of earbuds and headphones (which in and of themselves aren’t too dangerous. We just tend to set the volume way too high), you can begin to see why young people–who use technology with aplomb–are especially vulnerable.

When you’re walking down the street listening to your headphones, you could be doing permanent damage to your ears if the volume is set too high. But even if you aren’t wearing those headphones, the constant noise of the city itself could be doing a number on your ears.

What Are the Signs of Hearing Loss?

Long term damage to your hearing usually progresses at a glacial pace. But that just means that hearing loss can sneak up on you with a vengeance. That’s why it’s important to be aware of and look out for any early warning signs of problems with your ears. Some of the signs of hearing loss may include:

Of course, it’s one thing to notice the signs of hearing loss and it’s another thing to act on them. The trouble is that so many of them can be rationalized away. But the sooner you recognize a hearing problem, the more treatment options you’ll have.

The Benefit of Hearing Tests

Recognizing the signs of hearing loss can be challenging. You might not notice you turn up the TV. You might be shy anyway, especially at crowded (and noisy) dinner parties. You might be surrounded by mumblers.

That’s why the best way to catch hearing loss early is to periodically undergo hearing tests and evaluations, both to establish a baseline and to catch any changes early. (For what it’s worth, the volume on your television is not a perfect baseline and is no substitute for regular hearing exams–but it could be a red flag and probably shouldn’t be ignored).

If you’re worried about your hearing, protection is really your best bet. There are three ways to protect your hearing that you can really make a difference in the fight against hearing loss:

Once you have a better sense of how much noise you experience on a daily basis, you can take more steps to protect your hearing and prevent problems for as long as possible.