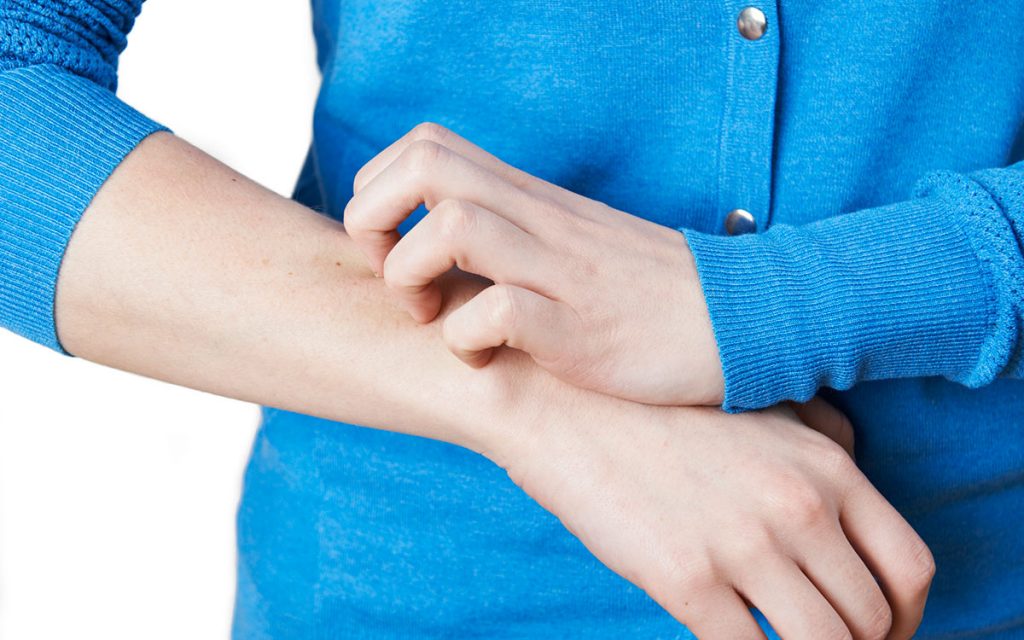 If you’re a baby boomer—or even if you’re not—the phrase “the heartbreak of psoriasis” probably rings a bell. If you don’t suffer from psoriasis, or know someone who does, that advertising earworm might be the first thing you think of when someone mentions the disease!

This odd turn of phrase comes from ads for the otherwise-forgotten Tegrin skin cream, but it’s been repeated so much that when Kim Kardashian West recently shared an image of her face with psoriatic plaques on Instagram, headlines referred to Kim K.’s “heartbreak.”

Kardashians aside, psoriasis is often misunderstood—and minimized, due to a lack of knowledge of how psoriasis impacts sufferers as well as the serious conditions that can be related to his disorder. Though plaques on the skin are its most visible symptom, they’re indicative of what psoriasis can cause throughout the body: Chronic inflammation that can increase the risk of metabolic disorders and cardiovascular disease.

A new study strengthens the body of research linking another serious problem to psoriasis: Hearing loss. Published in The Journal of Rheumatology, this study looked at links between psoriatic arthritis, mental health, and hearing impairment. Psoriatic arthritis is a form of psoriasis where inflammation is concentrated around the joints, causing pain, swelling, and difficulty with movement. Sufferers may also have psoriasis, but with psoriatic arthritis, it’s possible to have inflammation without also experiencing the tell-tale plaques.

But that’s not to say there’s no connection between psoriasis—not just psoriatic arthritis—and hearing loss. A 2015 study found that people who have been diagnosed with psoriasis are at a significantly higher risk of developing sudden sensorineural hearing loss, also called sudden deafness. With sudden sensorineural hearing loss, sufferers’ ability to hear diminishes substantially in three days or less. It has many possible causes, but researchers hypothesize that people with psoriasis are at higher risk because of the kind of rapid inflammation that occurs during a flare-up of psoriasis symptoms. If this happens in or around the cochlea, it could impair hearing. In some cases, treatments that alleviate psoriasis symptoms may be used to address this type of hearing loss, but hearing aids are often recommended when sudden deafness does not respond to other interventions.

If you have psoriasis or psoriatic arthritis, it’s important to monitor your hearing. The inflammation from these diseases can cause inner ear damage, which can lead to hearing loss as well as problems with balance. Psoriasis and psoriatic arthritis are both also linked to depression and anxiety, both of which can be further exacerbated by hearing loss.

Awareness is key, and working with your doctor—as well as potentially with a hearing specialist—can help you keep ahead of symptoms with early intervention. You shouldn’t have to sacrifice your quality of life for psoriasis or for hearing loss, and having the right team on your side can make a big difference.