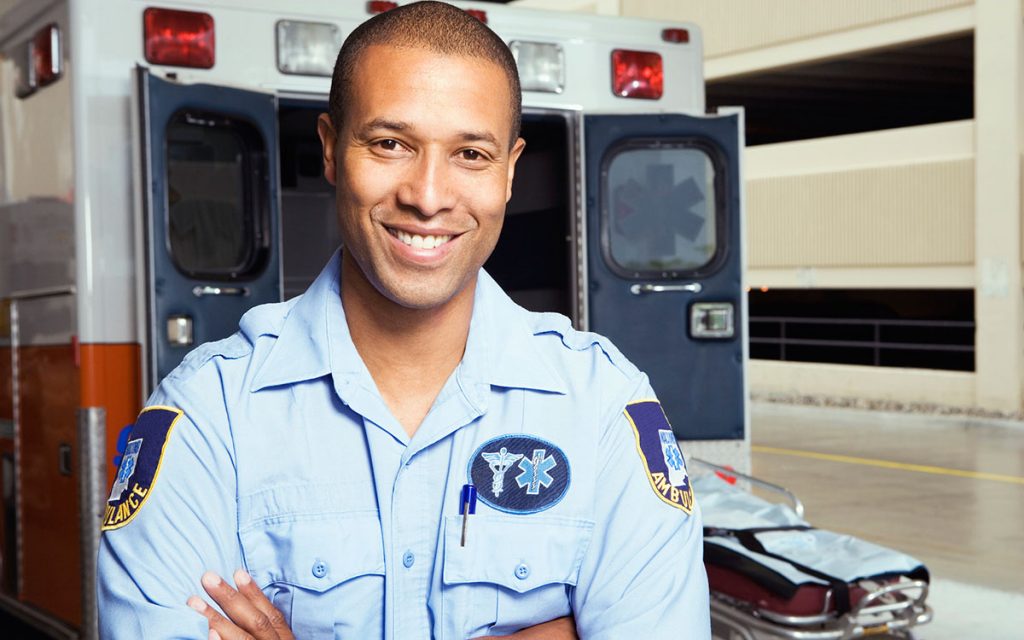 Imagine being an EMT and trying to assess someone’s condition in an emergency situation. It’s a chaotic situation, but you’ve been trained for this. You can take a pulse, do a quick exam–but you also rely on information from the scene. You need to hear the symptoms experienced by the individual you’re helping into the back of your ambulance.

Now imagine you’re that same EMT, but suddenly you can’t hear very well. The woman you’re assisting into your ambulance is saying something but you can’t quite make it out. She seems to think it’s important though.

This is kind of an unnerving thought, right? But it’s not terribly surprising. Chaos is usually very loud, and if you’re driving in a vehicle with a siren you’re exposed to loud noise frequently. First responders may have robust courage, but they can still succumb to the limits of their human physiology. What can be startling, though, is that some surveys have found that up to half of all first responders suffer from some form of hearing loss.

The Statistics Behind First Responders and Hearing Loss

First responders, from emergency medical technicians to firefighters to law enforcement officers, often work in loud, challenging environments, often unaware of the risks these environments pose to their hearing. To discover that over half of first responders have some form of hearing loss is, unfortunately, not especially surprising.

Several new studies have surveyed groups of first responders about their hearing loss and revealed some pretty staggering findings. These studies found that:

Why Are First Responders at Risk for Hearing Loss?

Often, we think it’s pretty clear which occupations place your ears at risk and which ones don’t. Working on jet engines or in a loud factory? Risky for your ears. Sitting in a squad car all day? That seems like it’s less stressful on your hearing.

But even moderate sounds–such as freeway noise–can damage your ears if those noises are sustained for a long enough duration. And that helps explain, in part, why first responders are at risk for hearing loss. We have all experienced the shrieking of sirens as first responders pass us on the street. Imagine hearing that for sustained periods on a regular basis.

The working environments of first responders might not be jet-engine loud, but they’re loud enough. Beeping medical equipment, the roar of diesel engines, the wail of a siren–everything adds up, even road noise. Even though certain training requires ear protection (for example, law enforcement officers are required to wear hearing protection during firearms training), the vast majority of first responder duties do not have any such legal requirements.

Some Also Feel There’s a Stigma

Hearing is important if you’re a first responder. You need to be able to assess a situation, communicate with witnesses and individuals in distress, and maintain complete situational awareness. A compromise in your hearing can mean diminishing job performance.

Prioritizing the Hearing of First Responders

These studies give us the opportunity to acknowledge that the hearing of first responders is important. And that means we have an obligation to do more to protect that hearing. Education, training, and administrative improvements can often go a long way towards ensuring that hearing protections are seriously adopted.

But outcomes could also be improved with some cultural shifts. Too many law enforcement officers and firefighters, for example, are hesitant to seek treatment for their hearing problems (which only guarantees those problems will get worse).