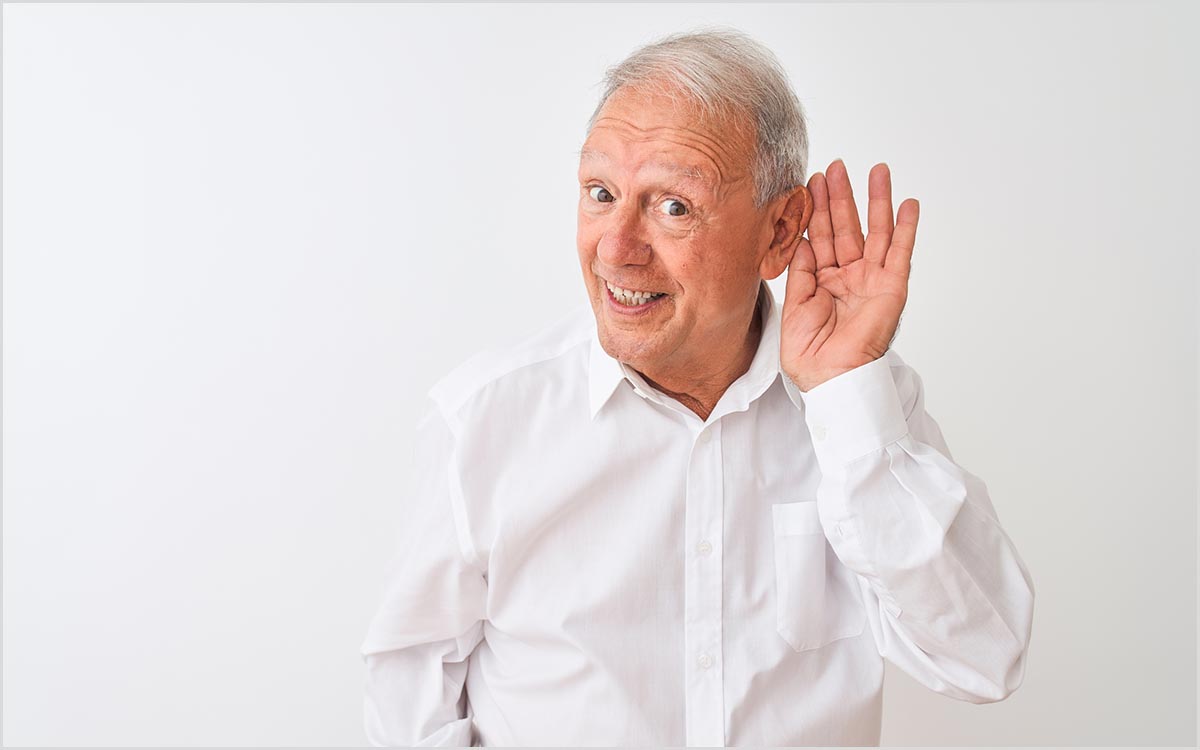 If you could turn back time, would you do it? Just crank the clock back a bit and maybe erase a mistake or two! If you are charging the flux capacitor in your souped-up Delorean, we might suggest going back and telling yourself to wear hearing protection more often. Because time travel may be the only way to reverse most types of hearing loss.

At least, right now. There are some paths of research that are showing some incredible promise when it comes to reversing hearing loss.

Most Hearing Loss Is Permanent

In 2016, 3.65 million pairs of hearing aids were sold in the United States alone. Most statistics indicate that the number of people who could be helped by hearing aids could be ten times that number. The vast majority of people with hearing aids are treating permanent sensorineural hearing loss.

Sensorineural is a big word, but it simply refers to hearing loss caused by damage to tiny hairs (called stereocilia) in your ears. These are the hairs that detect sound in the first place, so they’re pretty important to the whole process. Once stereocilia are damaged (usually by excessive sound), there’s no way to fix them.

Hence, hearing loss of this nature is effectively permanent. Hearing aids are able to treat some of the symptoms of hearing loss, but, so far, there’s nothing that is able to address the underlying cause.

Cell Division to the Rescue

Now that you know the lay of the land, we can better appreciate what a seismic shift any hearing loss cure would be. New research into just that area is showing quite a bit of promise. A new study, published in a journal called Nature Communications, has shown some success in getting mature ear cells in mice to reproduce.

Now… that might not sound super exciting. But it is! Here’s why:

This particular method had been successfully attempted in young mice before. Encouraging young cells to reproduce and divide is relatively easy. Younger cells are more flexible, hardwired to divide in any number of ways. It’s only as they age that cells lose this ability to replicate. This new research focusing on mature cells, then, certainly shows a strong proof of concept.

Benefits of This Approach

If you did indeed have your time machine, it’s easy to imagine that you could jump twenty years into the future and see a world where hearing loss can be treated with a simple injection of specific hormones. Or maybe you can take a pill that releases the same curative.

In theory, these hormones would begin encouraging limited cell division within your ear, helping you to regrow stereocilia to replace those long since damaged. These new stereocilia would give your ears the ability to detect vibrations in the air once again, effectively improving your overall hearing. It would kind of be like a natural hearing aid.

Heading in the Right Direction

Back in the present, this research doesn’t necessarily mean this method is ready for human ears just yet. First and foremost, human ears are quite different than rodent ears. And the research needs to be reproducible. In other words, there’s still a relatively long way to go before research like this can be broadly applied to humans.

But the success of this particular research does mean that research is heading in the right direction. And this methodology is far from the only path that scientists are following. Everything from gene therapy to complex medications shows promise when it comes to curing hearing loss.

True, the cure isn’t here quite yet. And there’s no telling how long the entire process will take.

Hearing Loss Treatments Crucial Until the Research Pans Out

In the meantime, it’s important that you take care of your hearing and your ears. Wear hearing protection when it’s noisy. See a hearing specialist for regular screenings. And wear hearing aids if you need them. Because any hearing loss can harm your health including cognitive decline. You don’t have a time machine–but you do have knowledge. And that’s almost as good.