The CDC estimates that around 50 million Americans suffer from tinnitus, which can range across a spectrum of mild annoyance to a debilitating and disabling condition. Whether your tinnitus is characterized by humming, ringing, static or some other sound, this condition makes it hard to function in daily life.

Communication is difficult. Relaxing becomes a battle to ignore the sound. The constant struggle to manage your tinnitus can induce stress and may contribute to anxiety and depression. In some cases, the condition may even be painful. Worst of all for many people, it makes sleeping soundly near impossible, since a quiet bedroom can make tinnitus deafening. This lack of sleep, either in the form of sleep deprivation or insomnia, can cause many more health problems and start you down a cycle that’s difficult to control.

Unfortunately, it’s a vicious cycle: tinnitus makes sleeping difficult, while a lack of sleep makes tinnitus worse due to stress. Poor sleep or lack of sleep increases your worries and anxiety, which in turn keep you very fixated on your tinnitus and how it’s keeping you awake.

There are some steps you can take to combat the ringing in your ears that’s causing your sleep deprivation or insomnia. Many people turn to white noise machines at night to try to block out the tinnitus sounds, while others find that avoiding the blue light emitted by TV, computer, or phone screens before they go to bed helps them relax more. There is also evidence that working with a mental health professional and practicing mindfulness can help to cope with tinnitus symptoms better – not exactly getting rid of the sounds, but instead learning to deal with them in a way that allows you to relax and compartmentalize.

But in addition to treating the symptoms of tinnitus, you should understand more about the connection between this hearing condition and insomnia.

Insomnia and Causes of Tinnitus

No one knows why we need to sleep, but it’s obviously a very essential part of staying healthy, both in mind and body. Everyone can tell the difference between a good night’s rest and a sleepless night, but there are many issues that can develop from sleep deprivation, or worse, insomnia. These include depression, high blood pressure, heart disease, and risk of stroke. These health concerns can also lead to hearing loss and tinnitus.

A study by the Henry Ford Health System found that insomnia has a clear impact on the perceived severity of tinnitus amongst sufferers of both conditions, who reported more sensitivity to the condition and struggles with functional and emotional health related to the ringing in their ears.

However, researchers think they may have discovered a new way to relieve this burdensome ailment, while at the same time help people get more of the sleep they desperately need.

While their findings are still in the experimental stage, they do offer some promising results that could help tinnitus and insomnia sufferers in the future.

Scientists are researching a sound-emitting device that can be worn while you sleep. This device may be able to train the brain to ignore tinnitus sounds. Much like you can sometimes “tune out” a lawnmower next door or traffic in the neighborhood to the point that you don’t hear it anymore, this device helps you “tune out” your tinnitus.

Tuning out tinnitus at night is key to battling sleep deprivation and insomnia. That’s because in the relative quiet of your bedroom, there are no sounds competing against the ringing or humming in your ears. This uncontested noise in your ears sounds louder than normal, and you usually don’t have anything to distract yourself away from the noise. As noted above, white noise machines are generally used to try to combat tinnitus, but this new sound-emitting device took a different approach. While the tinnitus symptoms didn’t go entirely away, study participants reported finding their tinnitus less bothersome after using the device. 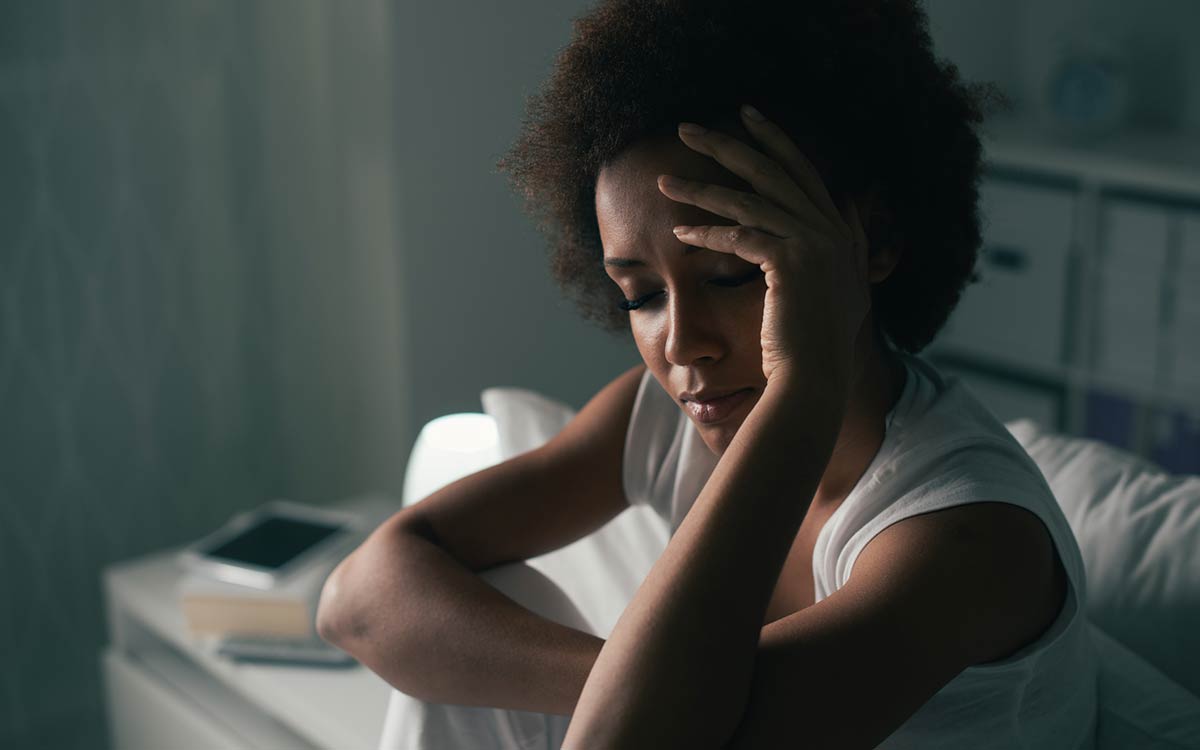 The Research on Tinnitus and Sleep Deprivation

Researchers believe that by inundating brain with the same sound from an external source, the brain learned to ignore the noise.

Those who used the device report that their tinnitus is much quieter and less annoying. Tinnitus-associated stress was also reduced.

The Drawbacks in the Sleep Study

There are some drawbacks in the study, including the fact that the researchers did not have a control group. This group would have been people who received no intervention and represented tinnitus symptoms in people who don’t participate in treatment. In other words, tinnitus sufferers who were given no sleep aids to help combat the ringing in their ears.

Additionally, the researchers and study participants could only measure tinnitus loudness subjectively. It’s very rare to have a form of tinnitus that can be measured on any devices. Most forms of tinnitus are only audible to the sufferers and can’t be detected by hearing professionals. Therefore, the results must be gathered by participants that report the level of reduction they experience.

Despite its faults, this study gives us hope that there may soon be better treatment options for tinnitus.

In order to get FDA approval to treat tinnitus, this device will need to undergo additional and more strenuous testing to confirm its efficacy. The FDA’s goal in doing this is to protect consumers from false claims related to medical treatments.

Fortunately, we can say, these early results are very promising. We look forward to seeing how this technology develops.

Does Sleep Deprivation Cause Tinnitus?

This sound-emitting device could provide relief to people who have been unable to get rid of these tinnitus symptoms, but it’s important to realize that it only masks the symptoms and does not actually treat or cure the condition. There may be an underlying cause of your tinnitus that needs to be addressed by a professional.

While insomnia and sleep deprivation seem to make tinnitus worse, they do not cause the condition. However, hearing specialists have identified many of the reasons that may cause tinnitus, including:

In some of these cases, such as the tumors, poor circulation, and anemia, your tinnitus may be warning you and your doctor of a more serious health challenge that you need to address. Don’t ignore it. Heart conditions may cause tinnitus due to lack of blood flow, which can be especially dangerous.