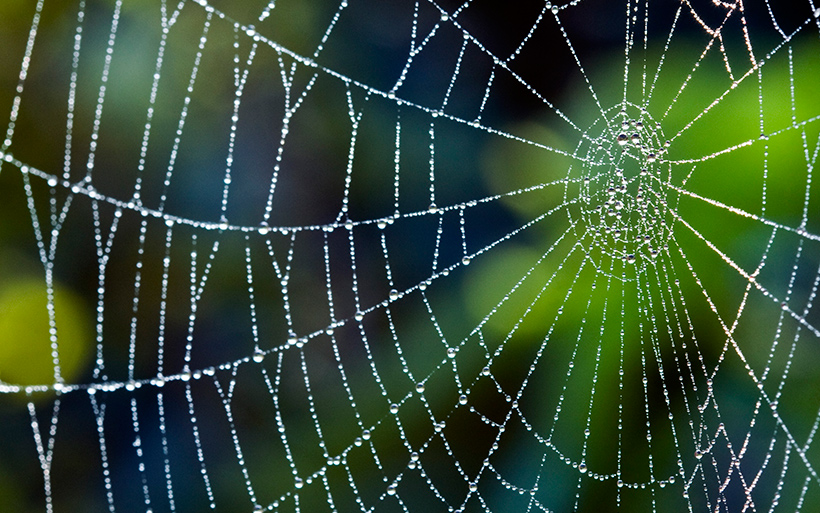 It is not unusual for scientists to look to the natural world for answers to human problems. Research into the silk spiders produce to create their webs indicates that this substance, or a man-made variation, can help improve the microphones that are critical to the performance of hearing aids and other devices.

What is Spider Silk?

Spiders produce silk for their webs from glands in their bodies, using moisture they pull from the air. While some spiders can pull the silk out of themselves using their legs, others attach it to a surface and simply start moving so the silk pulls out. The end result is a substance that is very strong and also very pliable, easily stretching much more than its original length. It is this strength and ability to stretch that has led researchers to look into human applications.

Given the strength and pliability of spider silk, researchers at the University of Binghamton, State University of New York sought ways to use it to the advantage of humans. The thinness of the silk allows it move as air passes along from soundwaves, and it lets it pick up sound from very low frequencies. Scientists had already previously suggested that the silk itself is so sensitive to sound that spiders can use their webs as a way to hear what is going on around them.

To help the spider silk used in their research pick up sound waves, the SUNY Binghamton researchers covered it in gold. They then placed it in a magnetic field so that it could pick up electronic signals. By doing this, they found that the spider silk then acted as a microphone of such quality that it could pick up sounds from an extensive range of frequencies, something that had previously not been possible.

While some researchers continue to look into ways to modify spider silk, others are creating an entirely artificial version. Scientists at Cambridge University have created synthetic fibers that mimic spider silk, and researchers at other universities are also looking at ways to develop this silk in a lab setting. Once we figure out how to get lab-created or modified spider silk creation to mass market levels, millions of people such as those who use hearing aids can benefit from this improvement in microphone technology.