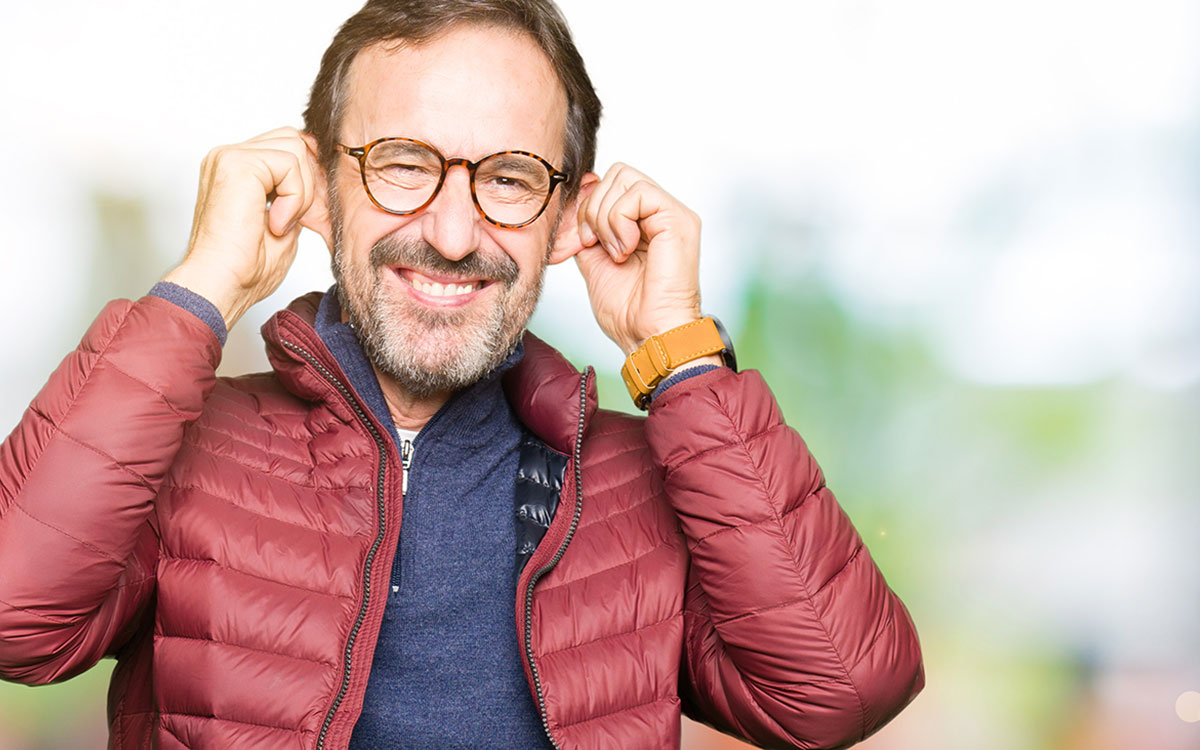 1. A Diagonal Crease Across Your Earlobe

Creased earlobes are common, especially when we get older–but there’s a specific type of crease you should look out for. This starts near the opening of the ear, and extends diagonally downward toward your back. It’s called “Frank’s sign,” after the doctor who first realized it was common among a group of his patients who also suffered from chest pains associated with heart disease. Though the exact connection isn’t clear–and physicians debate whether this crease should be considered a potential sign of heart disease–if you notice that you have one, it’s worth mentioning to your doctor.

If you don’t have psoriasis (which is an autoimmune disease) or a recent sunburn (yes, it’s important to remember to put sunscreen on your ears!), peeling, flaking or scaly skin on your ears may signal a fungal infection like otomycosis. You’ll want to have it checked out by your general practitioner or a hearing specialist in case antibiotics or other treatment is needed. This kind of outer ear infection can be caused by something like 60–yes, 60–different types of bacteria, so you may be prescribed anything from a good cleaning to oral meds. No matter the exact problem, it’s important not to let skin flakes accumulate in your ears, as this can cause additional issues.

Again, sunscreen! Too often we put sunblock on our faces, but don’t think to coat our ears–and this goes extra for men, who are less likely to use sun protection, period. Unless you always wear a brimmed hat, have a lot of hair, or both–okay, if both, you might be Carly Simon. But if not, your ears will get a lot of cumulative sun exposure over time. If you notice changes on your ears–like a spot or a mole, or something that looks more like a scar or a sore–get it checked out. Not to just throw around the c-word, but most forms of skin cancer are highly treatable with early detection.

Clear or bloody fluid coming from your ears is–let’s just say it doesn’t sound like a good sign because it’s not. Though we think of ear infections or earaches as kiddy diseases, adults can get them, too. If you see liquid, it could be otitis (the fancy name for an ear infection), but it could also be a perforated eardrum. Though that sounds pretty violent, it can be caused by something as simple as loud sounds or changes in pressure (you don’t need to SCUBA dive, traveling by air could do it). The good news is that the condition responds well to treatment, so see a hearing specialist. If you don’t see liquid but you’ve got acute pain and your ears feel ‘full,’ that could mean an ear infection that’s not draining on its own. You should definitely see someone if this is happening.

If you’ve got enough earwax that you can see it in the mirror, one, you need to get your ears cleaned! But two, you may want to check in with a hearing specialist to try to figure out why your ears are generating so much wax. One of the reasons our ears produce wax is to protect themselves–your doc can help you figure out what the perceived threat is. It could be that something’s stuck in your ear, but it could also be that you keep sticking something in your ear! Especially when you first get hearing aids, your ears might get a bit, er, defensive. It’s kinda gross, but it’s also a good idea to know how your earwax normally looks–if you notice a change in color or consistency, that could also be a sign something’s happening inside your ears that’s worth checking up on.

Who knew that when it comes to your ears, there’s so much to see!