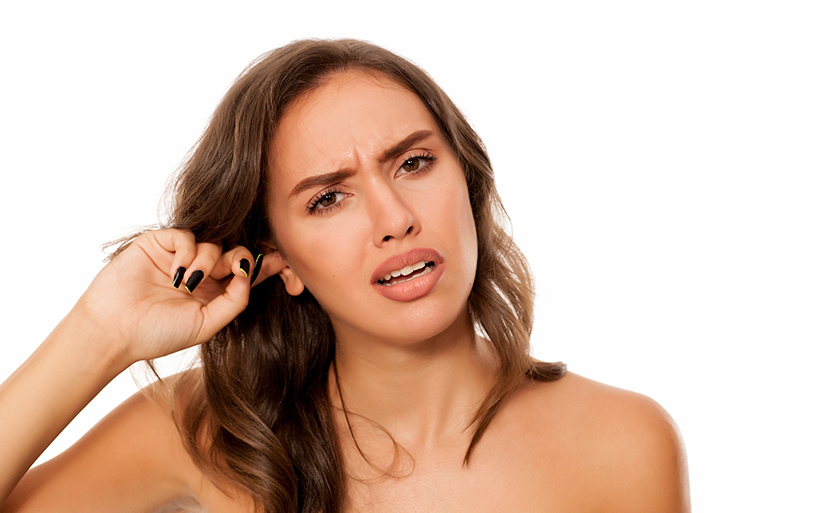 Have you ever had an itch you just couldn’t scratch because it’s way down in your ear? Were you ever surprised by how much earwax there is in your ear? You’ve only scratched the surface of the big things that can happen inside those tiny ear canals.

I woke in the middle of the night with a strange itching in my ear. Instinctively, while in the fog of sleep, I reached up and forcefully pressed on my ear, seeking relief.

A piercing pain resulted. I jumped right out of bed. As the itching and pain continued, my daughter drove me to the E.R.

They stuck a tiny camera in my ear as doctors, and I watched on the monitor. As the camera slowly moved into the canal, to everyone’s surprise, thousands of eyes suddenly looked back at us on the screen.

A spider. I shrieked.

The doctors had to sedate the spider and carefully remove it from my ear.

I’ve always been one of those people who constantly clean my ears out with a cotton swab. But that day, what I had been told my whole life suddenly became very real. I finally realized that we do have earwax for a reason.

This rare phenomenon has been documented a number of times by healthcare professionals despite sounding like a bad nightmare. It’s more likely that the itch in your ear is from a lack of earwax than a spider, but if you experience inner ear pain always seek professional help.

For months I’d been suffering from a strange earache. When I’d cough, sneeze or make other sudden movements, I’d feel an immediate but brief ache in my ear.

Over time, my ears began to feel full like there was water in there that I needed to get out. Then I started hearing a ringing, shuffling and weird noises when I’d chew. Sometimes I’d hear it when I was sitting still.

In usual fashion, I just tried to ignore it not wanting to go to the doctor to find out what was wrong. But as I started to have trouble hearing, I decided it was long past time to get this checked out.

I made an appointment with an audiologist. She took a look in my ear and was a bit impressed.

She scheduled an appointment for professional earwax removal the next day. She used an irrigation system to safely release the earwax from the canal and drain it.

I never realized that we had that much earwax in our ears. But what was even more amazing is how well I could hear after the procedure. No more ringing or aching. She explained how important earwax is to our health, but that it can over-produce and become compacted on the eardrum.

The audiologist shared some safe ways to remove excess earwax at home. These didn’t include using cotton swabs or napkin tips, which only made the problem worse.

I’m delighted I decided to visit the audiologist. I now go every year to get my hearing checked and to make sure that pesky earwax doesn’t overtake my ear canal again.

Not every case of hearing loss requires a hearing aid, but you won’t know what the cause or recommended treatment is without visiting a professional.

My husband and I had been married for nearly 15 years when I first noticed it. I would say something very clearly while at the breakfast table. Then less than an hour later he would act like I hadn’t told him anything.

At first, I thought he’s just tuning me out. I got extremely frustrated and a little resentful. But as it continued, it became clear that there was a problem.

I insisted that he visit an audiologist to get a hearing test. What they found wasn’t what we expected.

As I stood in the corner of the room, I watched as the audiologist pulled a long string of compacted earwax out of his ear. Apparently, years of using cotton swabs to clean his ears had compressed the wax until it was impacting his hearing.

After that, he could hear fine. Before he got treated, I thought we were having marital problems, but it turned out to be just earwax!